The Heinkel He 112 is a German fighter aircraft designed by Walter and Siegfried Günter. It was one of four aircraft designed to compete for the 1933 fighter contract of the Luftwaffe, in which it came second behind the Messerschmitt Bf 109. Small numbers were used for a short time by the Luftwaffe and some were built for other countries, around 100 being completed. 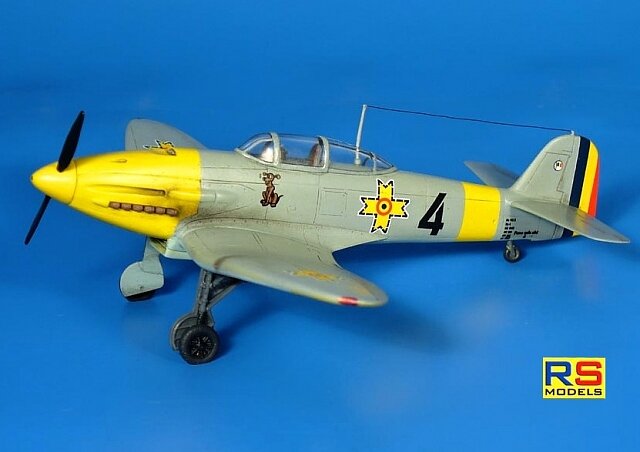 In October 1936, the RLM changed the orders for the zero series 112s, instructing Heinkel to complete any A-0s already under construction and then switch the remaining aircraft to an updated design. This gave Heinkel a chance to improve the He 112, which it did by completely redesigning it into an almost entirely new aircraft called the He 112B. It is at this point that it became a modern design that could compete head-to-head with the Bf 109.

The He 112B had a redesigned and cut-down rear fuselage, a new fin and rudder and a completely enclosed cockpit with a bubble-style canopy. The canopy was somewhat more complex than later bubble designs; instead of having two pieces with the majority sliding to the rear, the He 112B canopy was in three pieces, the middle sliding back and over a fixed rear section. Even with the additional framing, the He 112 had excellent visibility for its day. Armament was also standardized on the B model with two 7.92 mm (.312 in) MG 17 machine guns in the sides of the cowling with 500 rpg and two 20 mm MG FF cannons in the wings with 60 rpg. For aiming, the cockpit included the new Revi 3B reflector gunsight.

The first B series airframe to be completed was V7 in October 1936. V7 used the DB 600Aa engine like the A-series V8, and it also used the original V1 style larger wing. This wing was later replaced with a smaller one but instead of the clipped version from the earlier V models, a new single-spar fully elliptical wing was produced. This design became standard for the entire B series. V7 was turned over to von Braun in April 1937 for yet more rocket tests and managed to survive the experience. It was then returned in the summer and sent to Rechlin where it was used as a test aircraft.

The next type was V9 which flew in July 1937, powered by the 680 PS (500 kW) Jumo 210D engine. V9 can be considered to be the "real" B series prototype, as V7 had received the DB 600Aa originally for experimental reasons. The entire surface was now flush riveted and the aircraft had several other aerodynamic refinements. The radiator was changed again, this time to a semi-retractable design for reduced drag in flight. The aircraft also underwent a weight reduction program which reduced the empty weight to 1,617 kg (3,565 lb).

The last prototype, V12, was actually an airframe taken off the B-1 series production line (which had started by this point). The Jumo 210D was replaced with the new fuel-injected 210Ga, which improved performance of the engine to 522 kW (700 hp) for takeoff, and a sustained output of 503 kW (675 hp) at the reasonably high altitude of 4,700 m (15,420 ft). Better yet, the Ga also decreased fuel consumption, thus increasing the aircraft's endurance. The new engine gave V12 such a boost that it became the pattern aircraft for the planned B-2 series production.

With all of these different versions and experimental engine fits, it might seem like every aircraft differed significantly but with the exception of the engines, the Bs were identical. Due to the shortage of just about any German engine at the time and the possibility that advanced versions could be blocked for export, various models had to be designed with different installations. Thus the B models were different only in their engine, the Jumo 210C in the He 112 B-0, the Jumo 210D in the B-1, and the Jumo 210Ga for the B-2. 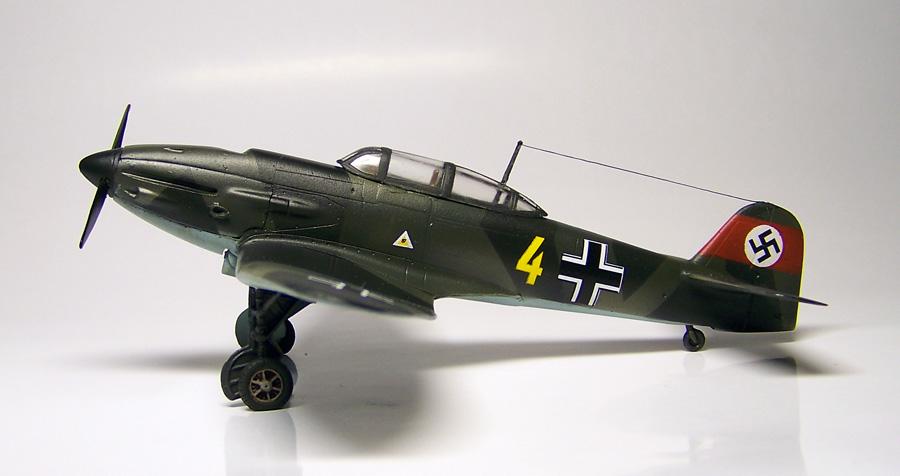