November 1941, in Chelyabinskaya Sverdlovsk UZTM Design Bureau designed the KV-7. It is equipped with two 45 mm and one 76 mm cannon, two 7.62 mm machine guns, 150 rounds of ammunition, all of the guns were placed behind a shield. 100 mm thick non-rotating turret, tank weight 45 tons, crew of 6 people. According to the instructions, KV-7 in December 1941 was sent to Moscow for review, the result is considered to be a failure, leaders tend flamethrower tank KV-8. Stalin that "Why do I need three guns? Best to install one", thus the end of this tank. 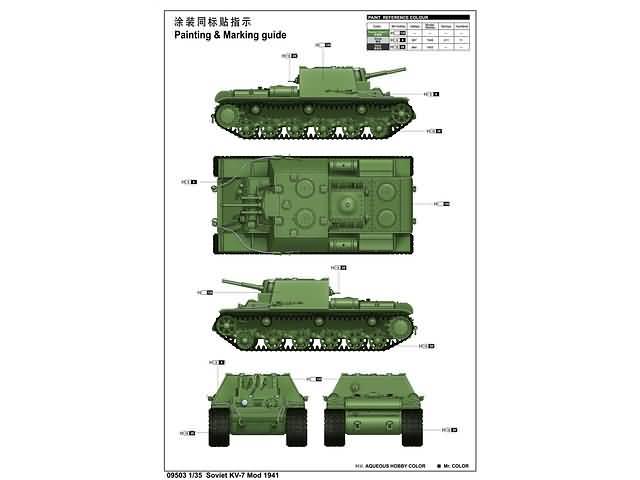