Mizuho was a seaplane carrier of the Imperial Japanese Navy during World War II. The ship was built at Kawasaki Shipbuilding at Kobe, Japan, and was completed in February 1939.

Mizuho participated in invasion support for much of her career; her first mission was with the Fourth Surprise Attack Force. On 1 March 1942, planes from Mizuho and Chitose damaged the American destroyer USS Pope, which was later sunk by aircraft from the aircraft carrier Ryūjō and gunfire from the heavy cruisers Ashigara and Myōkō. 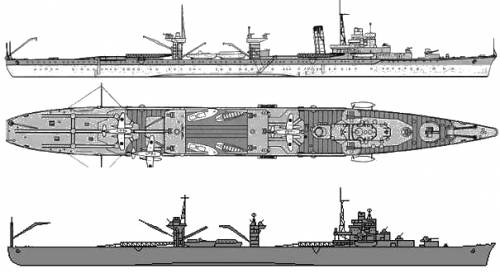