The BA-64 was developed between July and November 1941 to replace the BA-20 then in service with armoured car units of the Red Army. Cheap and exceptionally reliable, it would later become the most common Soviet wheeled armoured fighting vehicle to enter service during World War II, with over 9,000 being manufactured before production ended.

The BA-64 represented an important watershed in Soviet armoured car technology, as its multi-faceted hull gave its crew superior protection from small arms fire and shell fragments than the BA-20. BA-64s also possessed a much higher power-to-weight ratio and the placement of their wheels at the extreme corners of the chassis resulted in exceptional manoeuvrability 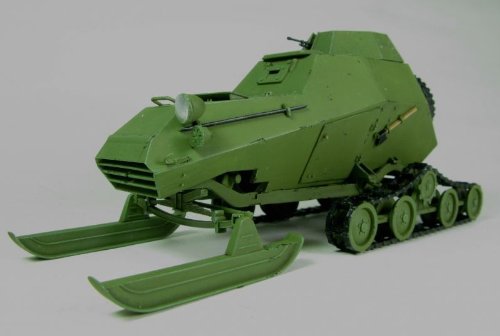